I can’t wait to read this book by Jennifer Homans!  She is a dancer turned scholar and the NYTimes review writes of the book 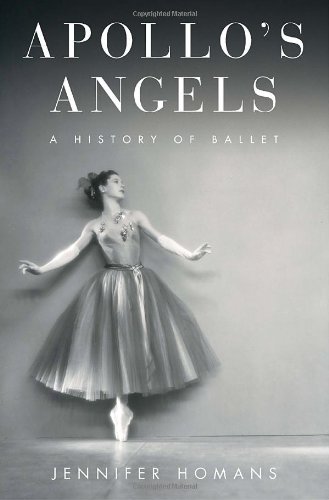 “Apollo’s Angels” traces four centuries of ballet — from its origins in 16th-century France to its elevation in the court of Versailles, through the Renaissance, Bolshevism, modernism and the cold war — describing the dance’s evolutions and revolutions in the context of political, philosophical and aesthetic currents. “The steps were never just the steps,” Ms. Homans writes. “They were a set of beliefs.”

The book took 10 years to research and write, but it was a lifetime in the making. “I think I was always stranded between two worlds,” said Ms. Homans, who has been the dance critic for The New Republic since 2001 and is a distinguished scholar in residence at New York University. “When I was dancing, I always had a book in my hand, and when I was in the world of my childhood — and later the academic world — I always had a foot in the dance studio.”