I have a confession…I don’t have television.  That is to say, I own a TV screen, but I don’t actually have a cable plan.  Nor do I use antenna “bunny-ears” to pick up the local stations.  No sir.  The only television I watch is streaming, or on DVD.  After 5 years of living this way, I have to say I am still quite happy with it.  I can watch pretty much every show I want, online, the day after it airs.  And for the shows that don’t stream, itunes is always an option.  With our Blu-ray player’s capability to access our Netflix account and youtube, we hardly ever have to hook up our laptops to the TV anymore.  It’s really amazing how convenient not having a television plan can be, though the one and only draw back is not being able to watch things as they air.  Normally, this isn’t an issue, but sometimes (like when @diydancer is tweeting about Breaking Pointe) I really want to be in on the action as it’s happening, and not a day late.  Alas, that will probably never be…

But I have a feeling there are lots of people out there these days who, like me, have elected not to pay for television and opt for Netflix instead.  For all you lovely people I offer my own ballet TV show favorite: Dance Academy. 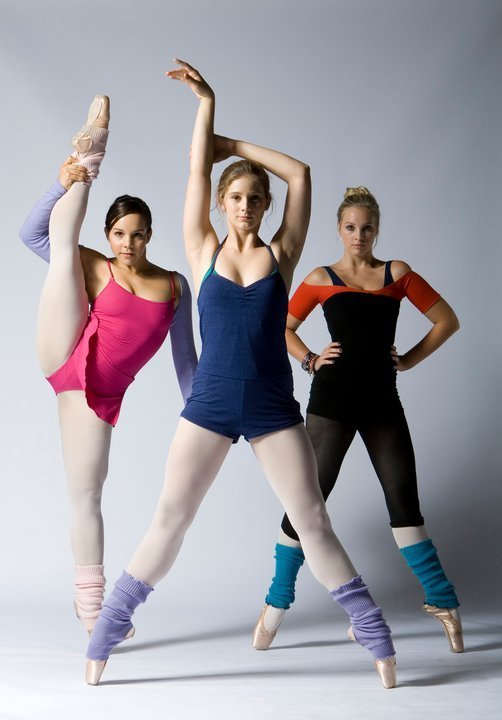 Dance Academy is an Australian teen drama, currently available on Netflix Watch Instantly, that follows the lives of several young dancers as they go through the trials and tribulations of being students at the National Academy of Dance.  In several ways, this show is a dramatization of every ballet summer program I ever attended. The only difference is that we didn’t have sexy Australian accents and our dance studios weren’t located on Sydney Harbor.

The dancers aren’t amazing, but I think they are realistic for their age.  Plus, the issues they face (isolation from other “normal” teens, having to sacrifice so much to dance, injury, pas de duex romance, casting and rehearsals) are pretty much right on “pointe” for the age group.  Sure, there is a bit of the Center Stage stereotypes thrown in there–such as an anorexic over-achiever, with a stage mom to match, a bad-boy-ballet delinquent, and a ballet boy unsure of his sexuality–but it’s all done with a grain of salt.  I must admit that most of the situations I can relate to, and often find myself saying, “omg, we used to do that!”  Ok, maybe not the OMG part.  But you get the idea.

There must be some real dancers behind this show, who understand not only the passion of dance, but the severity of wanting to excel in ballet.  The entire show balances on the concept that ballet isn’t for everyone and, try as they might, the protagonists are constantly being pulled away from their goal.  Obstacle after obstacle is placed in their path–family, body type, money, even death–and they have to decide if it’s worth persevering.  I know I sound incredibly cheesy, but I honestly can relate to so many of the characters in the show.  I am completely smitten with it!  And yes, I realize the target audience is age 15…

Check it out if you have Netflix… I have also noticed there are quite a few episodes posted on Youtube.   Want to read more?  I have already blogged about this numerous times. 😉  And one final word of warning: the theme song may be the most obnoxious song in the history of the world, but I promise the rest of the show is not that annoying.  And perhaps the best thing about Netflix is that you can quickly fast forward whenever it becomes necessary – Theme song fail averted!