Writing about dance encourages me to explain why certain dances appeal to me and why others do not. Since I find it impossible to suspend judgment, I think that description and explanation are an important part of responsible critical writing. Some of the dance I’ve seen this past year has helped me put my finger on what it is that makes me enjoy a piece or find it worthwhile. It has to do with feeling that the dance has revealed something to me—about itself, about dance in general, about the performers, or about myself. Jessica Gaynor Dance’s Hero, which I saw on November 17 at Triskelion Arts in Williamsburg, brought to light certain aspects of dance for me. The original music by Devin Maxwell set the stage with driving, rhythmic, and repetitive sounds to which the dancers did not stop moving for the entirety of the nearly hour-long show. I was reminded of Twyla Tharp’s In the Upper Room, which I saw just a few weeks ago.

In the program, Hero was described as exploring, “the ideological heroism, physical prowess and secret identities of superheroes.” Instead of thinking about superheroes, I thought about the heroic qualities of humans,  particularly those trained in dance. 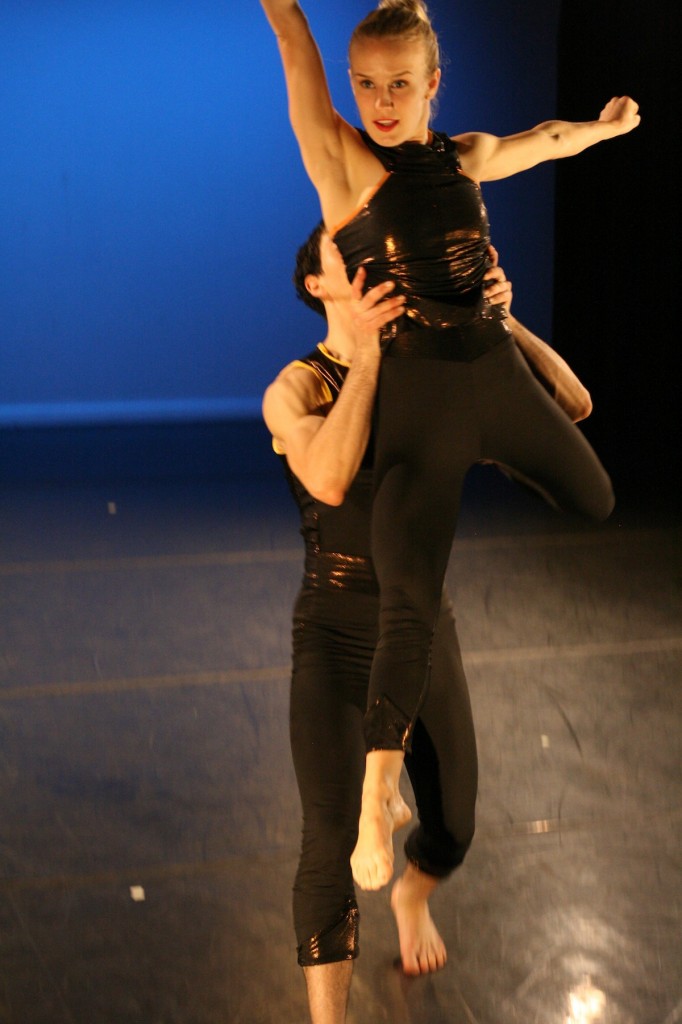 Dance provides a unique forum for staging different situations—supporting other people, lifting them, dropping them, doing the same thing at the same time as them. Or being supported, being lifted, being dropped (and catching one’s own weight), and moving in contrast to other people. (I realized after some reflection, that sports also provide these rather strange and wonderful opportunities. When in real life, aside from a football game, can you really tackle someone? Maybe in law enforcement.) Hero explored all of these scenarios in myriad ways. Throughout this marathon piece, the six dancers danced with and without each other, demonstrating contrasting movement qualities and manners of sharing weight. The dancers moved as an ensemble and in smaller groups and duets in the many small sections comprising Hero. I find weight-sharing immensely satisfying to watch, and I wish that more choreographers explored this possibility in more interesting ways. My favorite parts in Hero were when the women launched themselves into the air, their bodies stretched out (as Superman might fly), and were caught by the men. Being lifted is wonderful, and it’s a shame that more people don’t get to experience it. Hero, instead of being a representation of superhero-like behavior, was a revelation of how the situations created for the piece were risk-laden and thus heroic. Much of dance is like this, but this performance really brought this idea to light for me.