one who organizes, manages, and assumes the risk of a business or enterprise…or dance company

Starting any type of business, it a complicated endeavor. There are financial risks as well as uncertain outcomes. What if the business fails or, sometimes just as frightening, what if it succeeds? Pouring time, money, effort, heart, soul, blood, sweat, and tears into such a precarious undertaking requires an auspicious individual with ample amounts of creativity and an aptitude for business and organization.

All of this is multiplied tenfold in a competitive, fast-paced city like Manhattan, where the dog-eat-dog dance scene is overflowing with burgeoning companies and choreographers. Yet, New York City freelance dancer and choreographer Morgan McEwen isn’t intimidated by the risks and challenges of launching a dance start up in the nation’s dance Mecca. She has big aspirations, but understands that lofty dreams require strategic, careful planning. So, in 2013, she is using her entrepreneurial intuition and dance know how to launch her own company, MorDance. 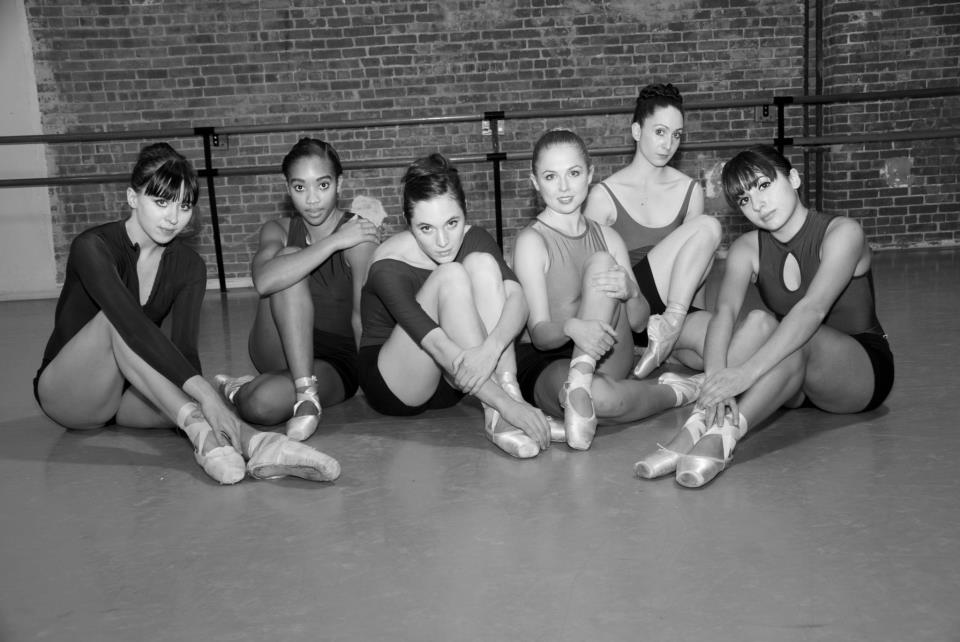 McEwen trained with Maria Calegari and accepted her first professional position with the Richmond Ballet at the age of 16. She then spent three seasons with BalletMet in Columbus, OH and eventually moved to Manhattan, where she has worked with the Metropolitan Opera, Neglia Ballet, Gleich Dances, and Viewpoint Dance Project, among others. She’s been choreographing since she started her professional career, but is now ready to take her choreography to the next level.

“I’ve wanted to choreograph more than I have been [lately], but the opportunity isn’t really there unless you have dancers to choreograph on,” says McEwen about the Manhattan dance scene. So, McEwen is taking initiative to create her own opportunities and provide viable employment to some of the city’s deep talent pool. 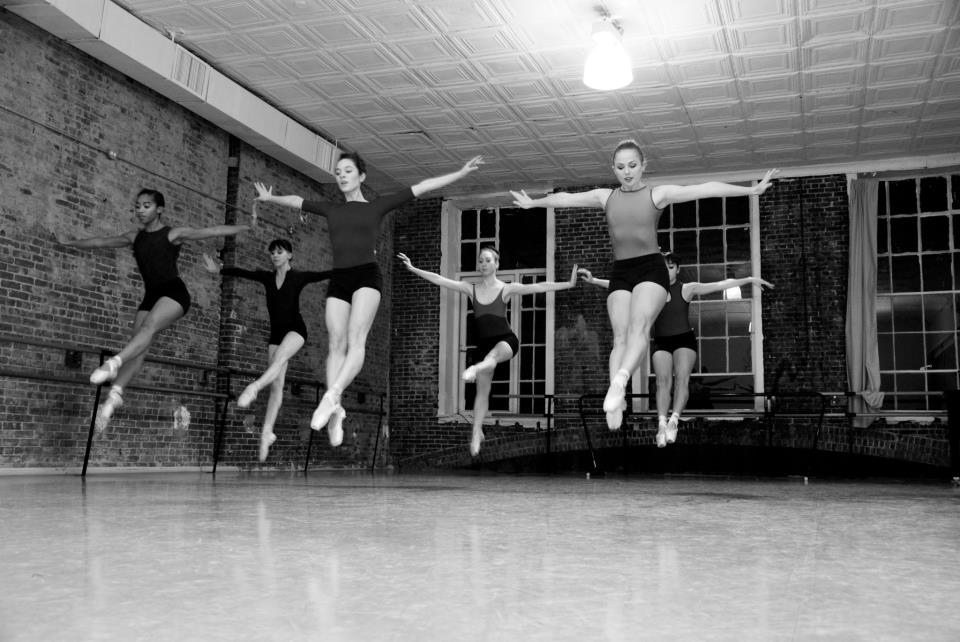 Through MorDance, she hopes to accomplish several things in addition to paying work for the city’s dancers; McEwen envisions the company as a generational bridge for audiences, appealing to both a younger and older demographic. It’s a fine line between finding these new audiences while maintaining the interest of older audiences, but McEwen is brainstorming attainable methods to do so without compensating her own vision. She wants to show that dance is beautiful, sensual, current, and not an endangered art form.

Citing her artistic influences along the likes of George Balanchine, William Forsythe, and Wayne McGregor, McEwen describes her work as neo-classical and abstract, dance for the sheer joy and visual aesthetics of movement. She’s excited about the ensemble of dancers she is assembling, which she calls an “eclectic group” with varying body types and assets. McEwen finds inspiration in their dissimilarities, explaining, “I can choreograph to different people’s strong points.”

Currently, McEwen is fundraising for the event through an Indiegogo campaign. She’s hoping to raise $12,000 before she even steps into the studio—she doesn’t want to put together a performance until funds are in place, stating, “You shouldn’t be having a performance if you can’t pay the people that are working for you.”

On the campaign’s page, McEwen breaks down the budget: performance space rental fees, insurance, costumes, marketing materials, dancer compensation, and a variety of other critical expenses. She also lists a timeline for the company’s development, giving funders an insider’s glance at how the company will grow from a concept to a fully functioning organization. This campaign will ensure MorDance’s fiscal and artistic future. Presently, it has reached approximately 20% of its fundraising goal, with about three months to go to make it to the $12,000 landmark.

MorDance plans to launch its inaugural season on May 3 at Manhattan Movement and Arts Center. The performance will feature two separate pieces, both ballet based with seven to eight NYC-based dancers. Previously, her work has been showcased on Ballet Theatre of Maryland’s apprentice dancers, the Maria Calegari School of Ballet, and the Connecticut Conservatory. But this will be the first time she gets to create on professionals.

The ladies of MorDance strike a pose. Photo: Kelsey Campbell

McEwen would love for the company to eventually provide full time employment for its dancers. “My mission is to create a lasting company that is around, current, and relevant, but also maintains the integrity of classical ballet.” But, for now, she’s taking things in stride. “I want to take baby steps so I don’t get in over my head…If you are biting off more than you can chew you don’t always put out the best quality work.” If the first show is a success, then McEwen will move forward in applying for festivals like Jacob’s Pillow and APAP, and planning a 2014 season. After that, who knows. The possibilities are aplenty. 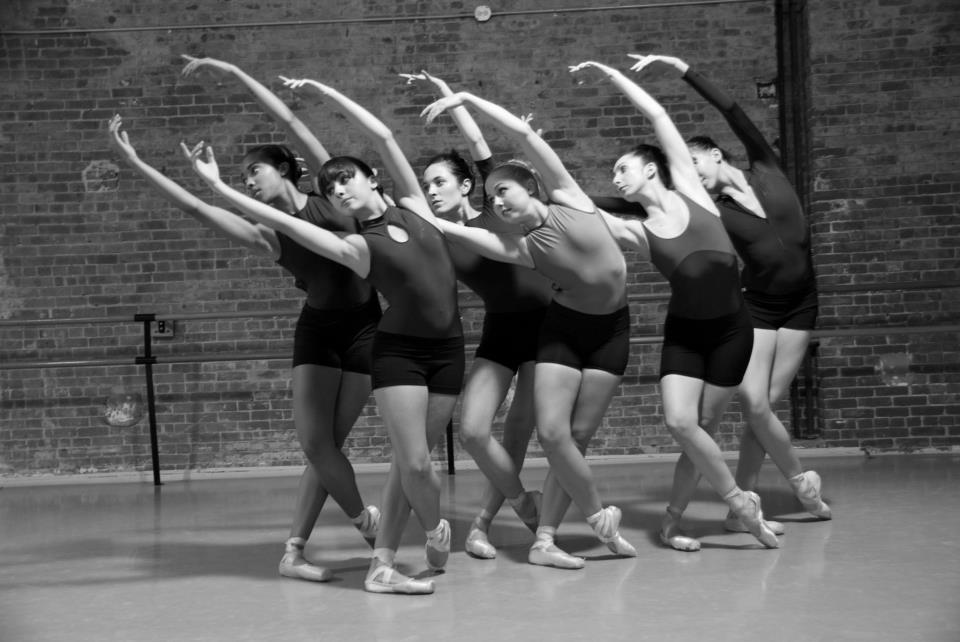 Visit the Indiegogo page to help MorDance realize its dreams. For more information about McEwen and MorDance, visit the company’s Facebook page or McEwen’s website.

Eckert+SorensenJolink Explore Unfinished Business in RescYouArchives, Uncategorized
Step Up Revolution: A Dance Battle over the Fate of American CitiesArchives