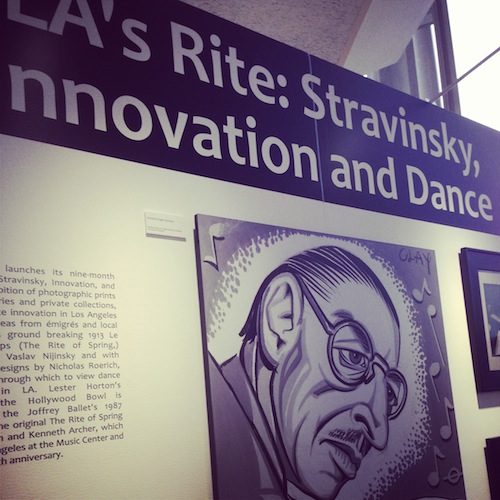 Last month, I had the distinct pleasure of being able to tell my hipster friends that I couldn’t join them for lunch because I was going to be at a ballet symposium all day.

This symposium was a follow up (or introduction, depending on your tickets) to Joffrey’s performance of The Rite of Spring at the Dorothy Chandlier Pavilion. I had seen the ballet the night before and while I was eager to hear what had to be said about this intense piece of art, I didn’t have high expectations for the symposium.

Upon my arrival, I took stock of the patrons around me. This free event had attracted the usual suspects – mostly seniors, mostly women, a few middle aged, and a group or two of youngsters who were clearly ballet students. At first glance, I feared I was in for a long and tedious afternoon, but as the first speakers began to unfold the complicated details of this momentous work, my negative attitude was quickly changed.

I found myself instantly  enthralled with Millicent Hodson and Kenneth Archer’s personal accounts of trying to piece the lost ballet together back in the 1970’s. Archer, an art historian, started off by explaining the symbolism in the painted patterns of the costumes from Nicholas Roerich, the designer of the ballet. Each shape and swirl symbolized a state of nature or humanism that made up a theme. Nothing in the design was esoteric, and it was all intended to enhance the Rite of Spring’s story. 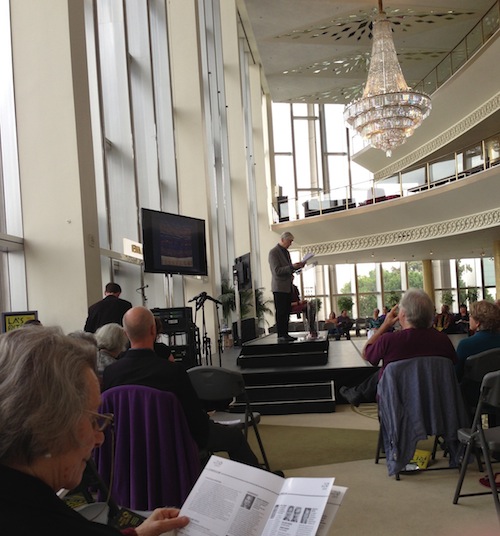 Hodson, a choreographer and dance historian, discussed the staging of the ballet – frought with geometric shapes, circles, squares and crosses. As they examined evidence in pictures and journals and began to recreate the complete production, they noticed that the designs in the costumes actually matched the staging of the ballet. Choreographer Vaslav Nijinsky had worked with Roerich to essentially build a map of the choreography within the patterns of the costumes – like a map to lost treasure. I was pretty much hooked at this point.

The afternoon continued with Hodson’s explanation of some of the key elements of the choreography and she even brought out a couple Joffrey dancers to demonstrate the moves and gestures. She explained that one of the main clues for putting together the original Rite was a personal written account by Bronislava Nijinska, Nijinsky’s sister, who was originally intended to dance the part of “the chosen one.” She didn’t end up performing the role, yet still wrote down every step, every correction and direction Nijinsky gave her, providing tremendous insight on the steps and themes of the ballet.

Hodson pointed out that the moment when the “Shaman” kisses the earth and the whole company begins spastically shaking, in a way that I swore was improvised, is actually 42 simultaneous solos, each completely choreographed. This enhanced my initial feelings about the ballet and the interesting style in which it comments on the idea of  the individual. It has this unusual juxtaposition of solos within a corps, yet each dancer lacks identity and the only one that is identified is sacrificed. 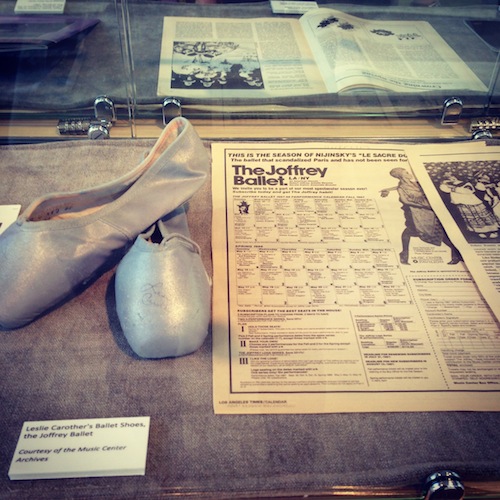 The afternoon continued with lectures from Lynn Garafola, a professor of dance and dance historian, speaking about the Ballet Russes and how it was particularly suited to take on Le  Sacre Du Printemps. She gave a wonderful, though brief, background into the Diaghilev Era and the importance of Russian patriotism in ballet at the time. This was followed by a compelling lecture on artist Nicolas Roerich given by USC professor John E. Bowlt. I had never really heard of Roerich, or seen his work, but this symposium made me an instant fan.  He was apparently quite an unusual character. Then we were given a very quick overview of Nijinsky and his personal issues with mental illness by Nicoletta Misler, a professor of Russian and east European art.

The symposium concluded with a Q & A session lead by writer and professor Sasha Anawalt. I always get nervous when audience members are allowed to ask questions, but this one was fairly calm and interesting. It sparked a debate of Najinsky’s “madness, ” and once again solidifying the magnificent achievement of bringing this ballet back to life. 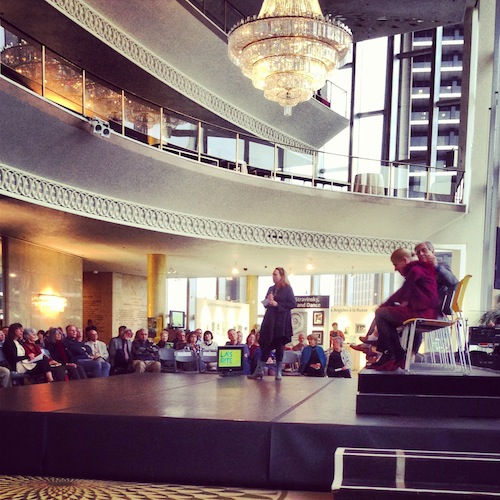 The intensity of this production, with every detail being an essential part of the overall theme and story, made me consider just how rare it is to see that level of artistry. It’s an archeological approach to ballet. Digging into the past and finding a hidden treasure. Maybe it can’t be completely recovered or restored, but we can get close. As Hodson remarked, “Robert Joffrey said I had about 80% of Nijinsky in the reconstruction, and I believe him!”

Coupled with the Music Center’s Stravinsky photography exhibition, the event proved to be a thorough look at the elements behind a great piece of art and the people that made it possible. I feel so grateful to the Music Center for curating such an informative event and can only hope they keep the symposiums coming!