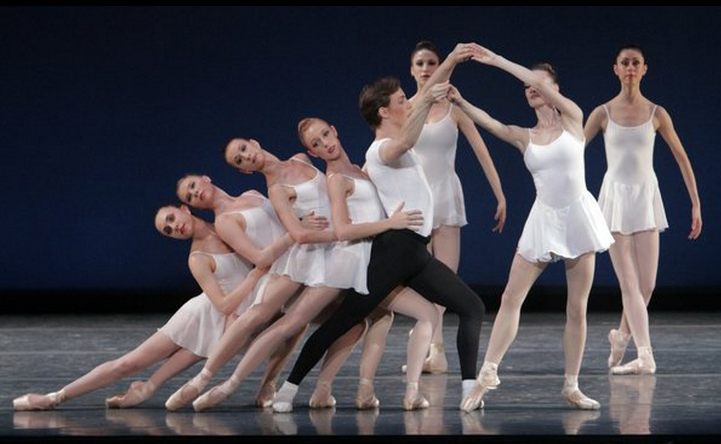 The Los Angeles Ballet is now in it’s 7th season, but even their most hardened dancers are only in their 4th. The company began with a high turnover rate, limited repertoire, a series of weak performances, and an uncertain future. However, it seems they’re finally finding their footing with the launch of the Balanchine Festival – the two-part program celebrating George Balanchine’s work will span over three months and will be performed at each of the company’s five “home” theaters. LAB is pulling out all the stops and showing off what they can really do…the Balanchine way.

Co-founder and co-artistic director Colleen Neary is one of three-dozen repetiteurs for The George Balanchine Trust, giving her the rare agency of staging his ballets for major companies the world over, including the Paris Opera Ballet, the Bolshoi Ballet, and the Mariinksy Ballet. Both Neary and co-director Thordal Christensen danced for Balanchine himself, and it was apparent from this past Saturday night’s performance, that they know Balanchine – the man, the technique and all the folklore behind his ballets. Their familiarity shone through the production.

On a whole, the company looked stronger, more confident and more capable than they have in previous programs. Though the corps work still lacks a certain professional polish, their technical prowess and general comfort on stage has improved. The works were well rehearsed, nicely performed and well executed (minus a couple slips and slight partnering shakiness). Despite last minute casting changes, the dancers all seemed ready to take on the rather challenging program in stride. There’s a higher artistic quality developing amongst this young troupe of dancers and, if LAB is able to keep them for a while, they have the potential to blossom into a first-rate regional company. Hopefully they can even graduate to using a live orchestra in the near future (a small detail, but one that would catapult the company to a new level). 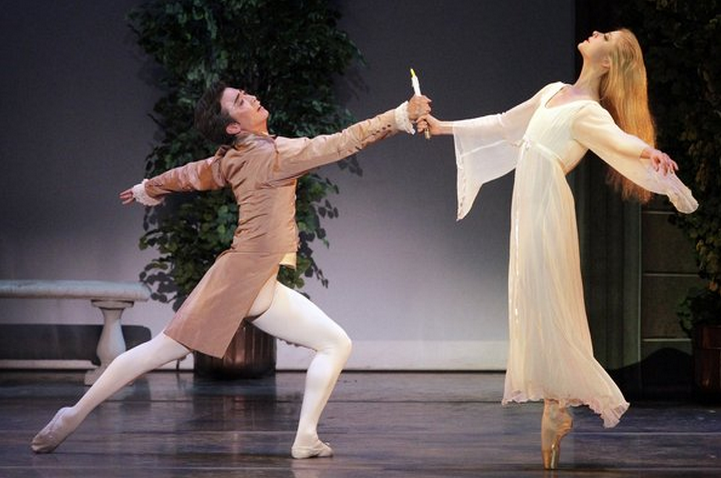 The performance began with La Sonnambula: a dramatic one-act story ballet which was proficiently danced, but lacked the energy needed for an opening piece. It would have been better suited in the middle of the performance. Perhaps the elaborate set, borrowed from the Pacific Northwest Ballet, limited the order of the program. In any case, the centerpiece of the ballet was a clever pas de deux between a lovesick poet and an etherial sleepwalker. Chelsea Paige Johnston was a perfect casting for the sleepwalker – light, dreamy and ghost-like in the way she breezed around the stage on pointe. Partnered by Zheng Hua Li, the two played out the comedy of the piece wonderfully.

This was followed by a stunning staging of Concerto Barocco, which gave the program a much needed burst of life. Julia Cinquemani was excellent in the lead and danced with strength and attack that would make Balanchine smile. This tenacious dancer didn’t even allow a fairly bad fall to keep her from kicking ass in the role. Allynne Noelle and Kenta Shimizu followed suit in the Tchaikovsky Pas de Deux. Both dancers were technically strong, and danced with a light exuberance. While they certainly played it safe with the notorious fish dives in the coda, their performance was perhaps the most polished and enjoyable of the evening. 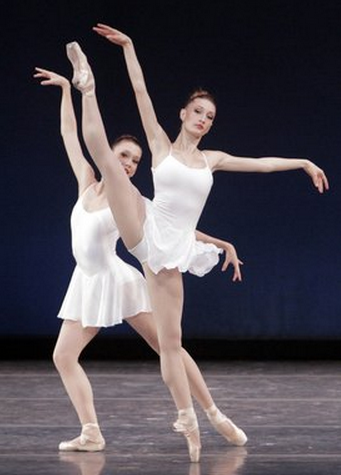 The program closed with The Four Temperaments and yet again we were treated to a tireless display of determination from the dancers as they navigated their way through the four moods. The Phlegmatic variation, danced by Zheng Hua Li, accompanied by Dina Bilofsky, Alisha Brach, Katherine Revels and Elizabeth Claire Walker, was gorgeous – beautifully danced and brimming with emotion. And the Choleric variation, danced by Kate Highstrete and the full ensemble, was so visually impressive that it was the perfect conclusion to the performance, with a succinct distillation of Balanchine’s innovative genius. 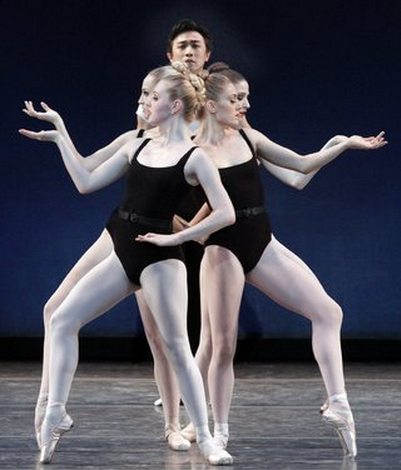 The program was one which we should feel lucky to have been privy to see. With the Balanchine Trust functioning the way it does, and its strict rules about which company can dance which piece, it’s rather serendipitous that the LA Ballet was founded by one of their repetituers. If not for that, it seems unlikely that the LA audience would be treated to renditions of Concerto Barocco or The Four Temperaments performed by our own homegrown company.  But in truth, works like these are so well-suited to the Los Angeles audience. The speed, the contemporary style, and the energy of Balanchine’s work just seems to fit here better than imperialistic classic tutu ballets. I can only hope that the LA Ballet continues to grow in this direction and serve up more generous helpings of Balanchine ballets.