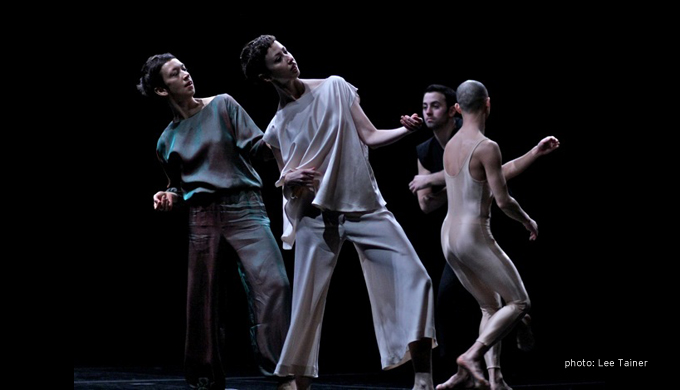 I have to admit: I’ve been looking forward to this performance since last year! The Trisha Brown Dance Company will perform a number of different works from larger cycles or choreographic periods in Brown’s career, with film and textual material from the company archive out in the lobby throughout the week, and several talks before and after the shows. The performances include “Solo Olos” (1976) from “Line Up,” Opal Loop/Cloud Installation #72503 (1980) from her “Unstable Molecular Cycle,” “Rogues” (2011), and, perhaps most anticipated, the rarely performed “Son of Gone Fishin’” (1981). Considered by some to be her most complex dance piece, the recently reconstructed work will be accompanied by original archival notes online, as well as a pre-show talk on Thursday between associate artistic director Diane Madden and original costume designer Judith Shea, who created new costumes for this performance.

Amanda Loulaki presents the second in a series of three pieces about time–specifically how time speeds up and slows down in a performance. How does this alter our reality, and make us aware of our perception of reality outside of performance? The second time around, Loulaki has chosen a much more intimate space, the Chocolate Factory in Long Island City. It seems like exactly the right space for what she wants to do, and worth the trek! 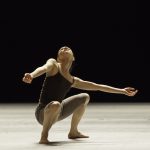