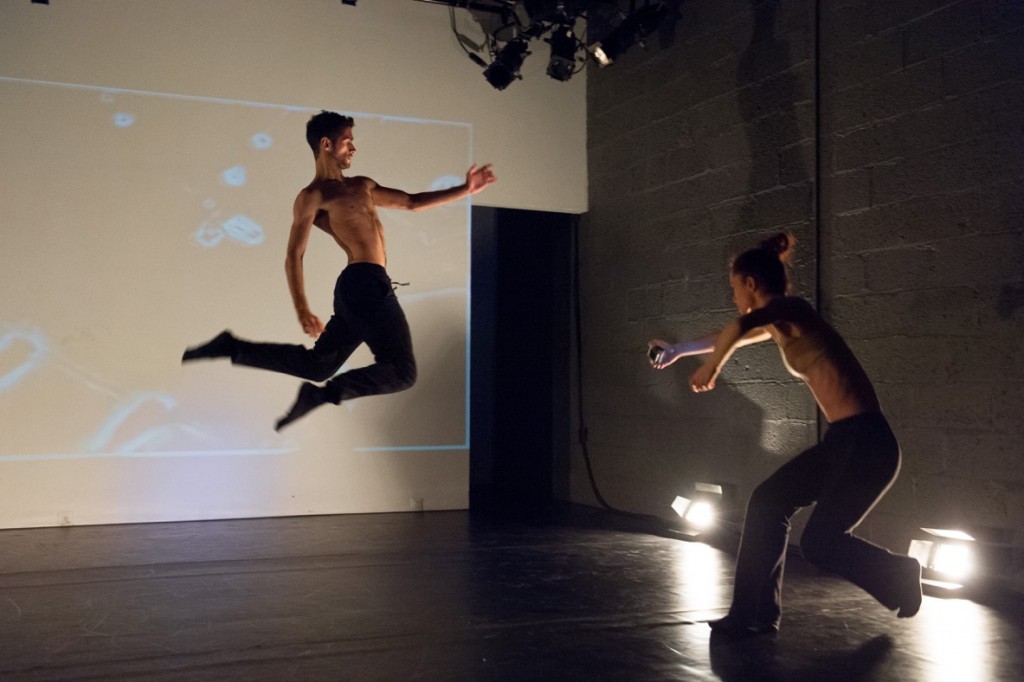 The Current Sessions has occupied a distinct corner of the New York City dance community since 2011. What started as a performance series for “emerging” choreographers, taking place in front of a modest audience of twenty at the small East Village theater The Wild Project, now boasts sold-out crowds, residencies, donation-based classes with selected artists, a post-performance discussion with an invited guest, and performances — lots of performances.

Attending the most recent “session” (this one is Volume V, Issue I), no piece ran over ten minutes and many made admirable accommodation for the noticeably small theater space.

Alexis Convento — founder, producer, and lead curator since day one — has intentionally grown and attempted to diversify this year’s programs and artists. She has done this by expanding her staff and inviting guest curators, an essential step in widening the roster that, for many years, has felt like too much of an insider affair.

In a brief conversation with Convento in the weeks before the performance, she emphasized an interest in moving away from the “pure dance” works that have dominated previous Sessions. She also noted a theme of “the body as object” and a focus toward presenting more multimedia work.

What resulted was not necessarily as “innovative” or “experimental” as a statement in the program claims, but it did give these young choreographers a chance to try new ideas in a supportive environment. 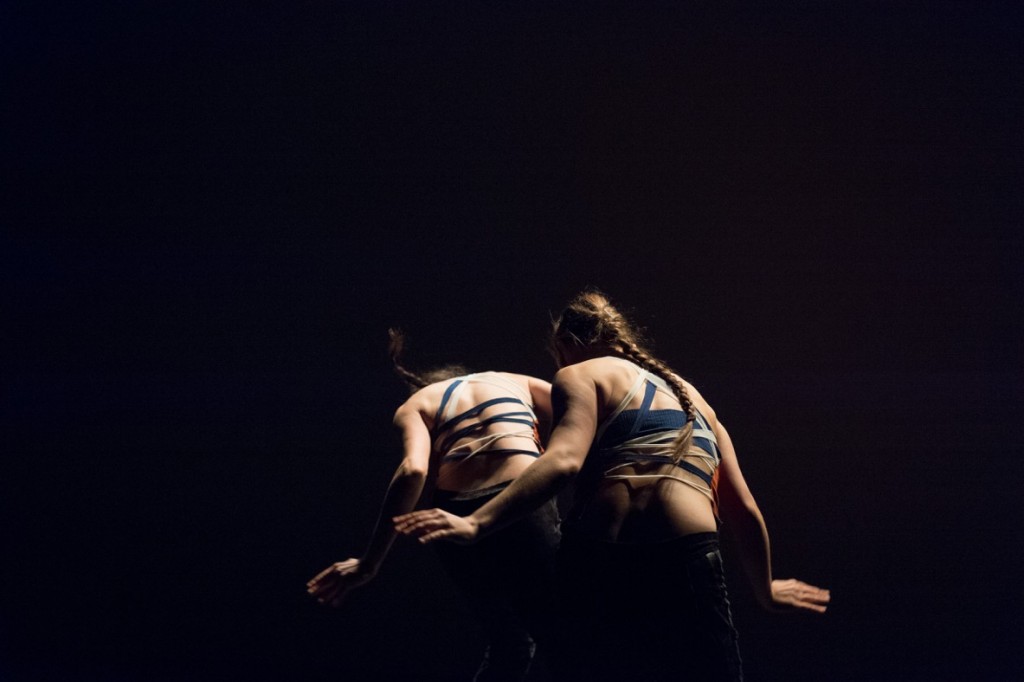 An example of this was the program’s first work, ME-CHANICAL, by Vanessa Tamburi// FLUSSO dance. The duet between dancers Nile Baker and Alexandra Isaeva played with bold, slippery movement that barreled across the space and could have easily benefitted from a stage twice the size. The performers made intelligent use of these tight quarters as well as a handheld camera, which was passed back and forth between them. The realtime footage served as a backdrop and, interestingly, offered a dimensionality the live movement did not possess. The video would slow down, filter, and distort their movement — movement that was often done with almost too much control and exactness. The resulting video loop offered a looser, more abstract version of the dance that was more compelling in its disarray.

Audrey Stanley showcased another use of video but employed more of a narrative focus. Her work, |Narrow|, opened with a chilling and, at times, difficult to watch solo from Alex Jenkins. It was a distinct and seemingly terrible struggle; Jenkins writhed and panted along the floor as Stanley and Isaies Santamaria looked on, unfazed. Haunting images, designed by Blake Horn in collaboration with Stanley, towered over the dance: Jenkins with eyeballs in her bloody hands, in medias res photos of everyday life in what looks like 1940s Americana, a glowing, moon-like orb. These told a story —more complex, more mysterious — than its choreographed counterpart. Again, as in Tamburi’s work, the dance told too much and the video left me wanting more.

The other works on the program varied from combative (BELslide’s Of the Dust) to defiant (Ashley Menestrina’s impressively danced Always a Creature) to incredibly serene (Annette Herwander’s Duration) to coolly percussive (Mari Carrasco’s dance film Ready to Surrender).

Landon is an accomplished choreographer and was a guest of the program — the other invited choreographers in the series were Jordan Isadore and Mari Carrasco. Landon and performers Eloise DeLuca and Nicole Van Arx have such a grasp on her unique, decisive movement language; the work stood out for how thoroughly explored it was. 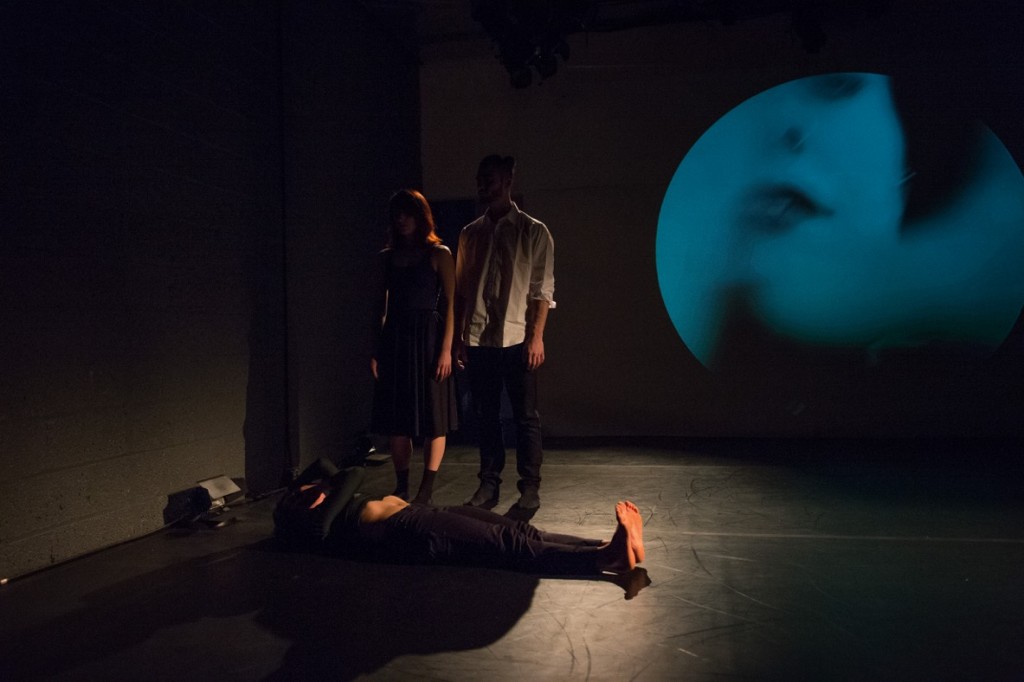 The Current Sessions started out by wanting to fill a void. They have offered many young artists important opportunities in showcasing work that may not have had a stage otherwise. These dance-makers are just beginning to gain their footing as choreographers and initiatives like The Current Sessions have an implicit responsibility to both nurture and challenge the work they present.

Now, after five “volumes,” it wants to carve out something fresh. I look forward to seeing the series find ways to further develop and enliven the work of their artists.

Convento is looking forward, too.

She has hopes for increasing future commissions, implementing split bill programs to accommodate longer works, and moving the performances outside of a conventional theater setting. She knows, like so many of us, that in dance — the horribly transient form it is — the present moment passes so quickly, it is not enough just to be current. 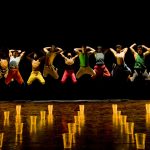