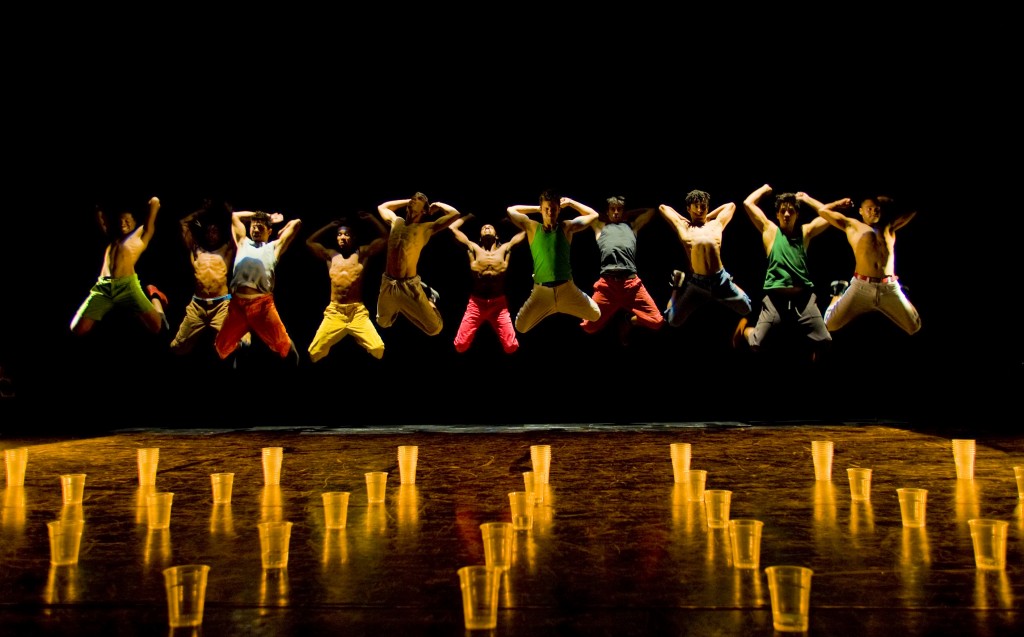 More than just a dance performance, this program blended hip-hop with circus arts, boxing, capoeira, and acrobatics. And it developed out of a collaborative endeavor between French-Algerian choreographer Mourad Merzouki — who leads Compagnie Käfig in Lyon, France — and 11 male dancers from Rio de Janeiro, Brazil.

The first dance, Correria, opened with a dimly lit stage. As the lights slowly brightened, two men became visible. Laying supine with feet reaching to the ceiling above them, each began to pedal as if riding a bicycle, increasing in speed bit by bit. More men entered the stage — some were alone, others in a group, and all of them running in circular and spiral patterns. The dancers’ apparent timidity in this section was an odd contrast to cast’s otherwise bold physicality.

As the piece continued, the musical accompaniment shifted frequently. At one point, the young men danced to the quintessential Brazilian song “Magalenha.” Later, they performed to an unnamed piece of opera, a song reminiscent of polka, and some of the dancers’ hands beating on the floor. The variety worked, perhaps because the shifts helped separate Correria into sections. Yet, it was disappointing to see none of these distinct musical works listed in the program.

In the second half of Correria, the dancers’ costumes and props lightly referenced clowning and circus arts, dressed in striped stockings under pantaloons. Their white, loose-fitting shirts, black and white striped stockings, black pantaloons, and dress shows lent a bit of nostalgia to the scene and harkened back to the era of silent films and Vaudeville.

In addition, each held a pair of sticks with a pair of shoes attached. As the dancers moved, the second set of feet moved too, bringing a bit of whimsy to the overall picture. But the props became frivolous for the viewer, and they were rather hard to make out from the audience.

The second piece in the program, called Agwa, featured incredible feats of athleticism performed in the midst of commonplace objects.

It began with a duet performed with oscillating towers of empty plastic cups placed all about the stage. A few towers fell. Then, as the duet finished, other dancers ran across the stage, toppling the remaining towers as they passed.

Over the course of Agwa, the cups were rearranged in a variety of formations. First, the dancers placed them in a grid spanning the entire stage and filled each cup with water. As the piece progressed the formations changed — next to a loosely defined series of lines and ultimately in a horizontal line downstage — as did the amount of water in each. And the 11 dancers in Agwa lept, spun, punched, fell, sprung, swayed, windmilled, and rolled their bodies through their self-made obstacle course. 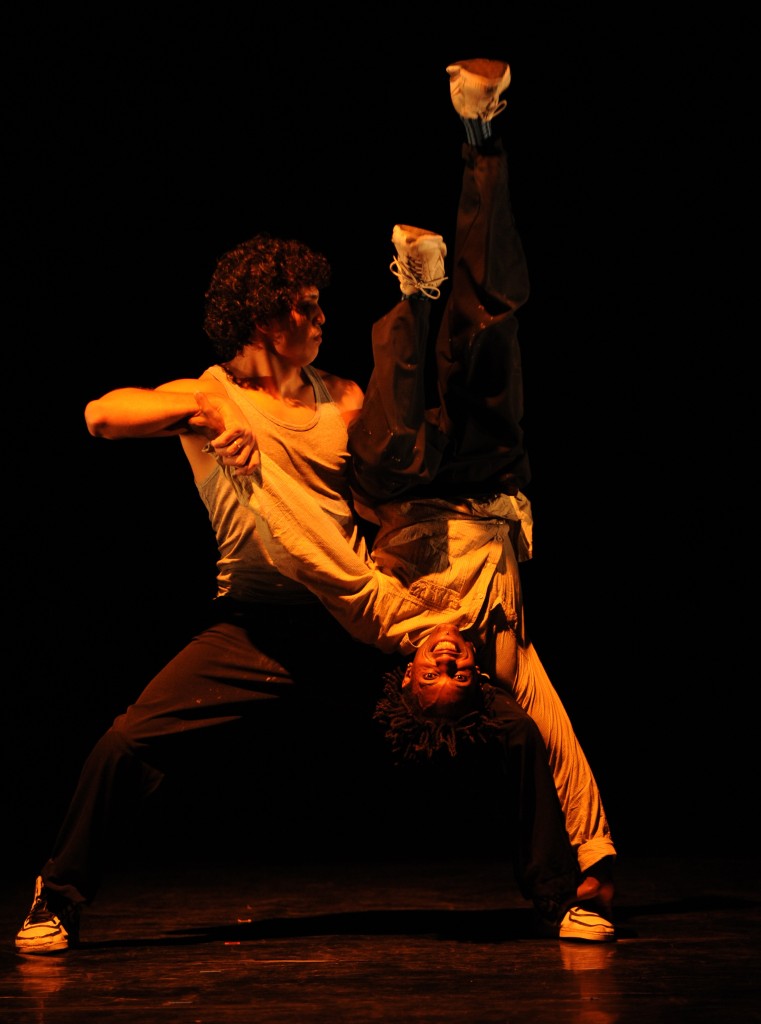 Sound was a central component of Agwa, but not only by way of music. The cups smacked against the floor as they fell and the water audibly streamed  from cup to cup. Sometimes these auditory elements brought brief moments of humor to the piece. Other times, they refocused audience attention after a particularly mesmerizing section.

There were moments when the cups could have used clearer integration into the danced material. It made me nervous, uncomfortable, and sometimes disappointed when the dancers’ shapes and movements among the cups lacked precision.

Whether or not the cups were intended to propel the dance forward or just be a cool gimmick — it’s hard to say. At times, it seemed that their arrangement was integral to the dance phrases. But, since the cups were rearranged so many times, it felt like the movement sections never developed in a satisfactory way.

Nonetheless, the cups were an intriguing prop choice for a production of this scale.Though made of plastic, they had a powerful impact on the space they inhabited, whether by organizing it or throwing it in disarray. The dancers continued to move generously, performing feats of athleticism in the midst of an ever-changing, sometimes precarious enviornment. Perhaps this was representative of the universal human condition — striving toward greatness as we work to survive the elements.

Eventually, 11 cups sat in a line near the edge of the stage. The water in them twinkled and they looked like a prize just out of reach. One dancer spun on his head unassisted as all of the others threw the other, empty cups into the air in an explosion of bouncy plastic. Thunderous applause from the audience followed, and it seemed like the dance had ended.

But, Agwa continued. It was surprising and confusing.

The dancers laid prone front of the cup and moved first just their fingers, then their feet, their backs, and their heads around the glimmering vessels. Then, they stood up, drank their water, and faced the audience with empty glasses outstretched, signaling the conclusion of Agwa. The final moments drastically shifted the explosive energy brought on in the penultimate section. The effect didn’t really work. 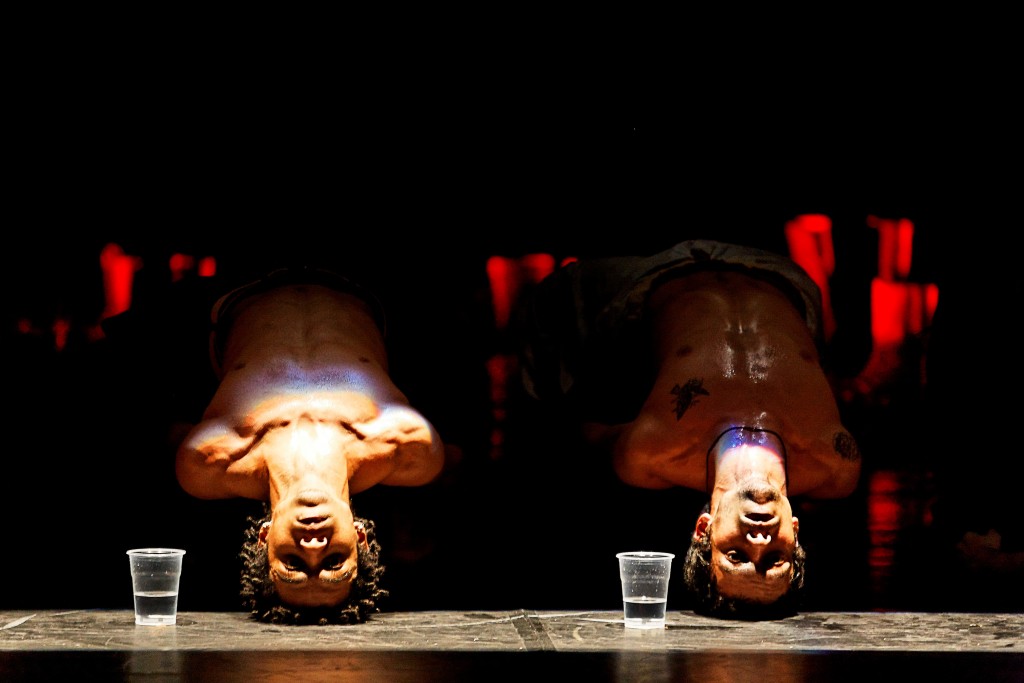 Agwa’s cast moved with the virile intensity I’ve seen in Hofesh Schecter’s Uprising, the innovative simplicity in Aurélia Thierrée-Chaplin‘s work, and the generosity of spirit in Ronald K. Brown’s Exodus.

Audience members danced their way through the performers’ encore section, a welcome shift from semi-required standing ovation that seems to follow most performances these days. Yet, the compositional structure left a lot to be desired. Without a logical or narrative thread to link the dance together, Agwa‘s content flowed by powerfully, but with an unclear focus. 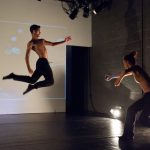 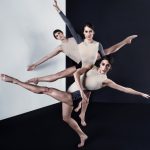