Pilobolus in Shadowland at The Ordway

Pilobolus’ multimedia work Shadowland is an allegory, at once playful and terrifying, told through the dreams of a teenage girl. The evening-length piece, presented at The Ordway on May 5th, 2018, mixes projection and silhouette technology with acrobatic dance. Performed in front of and behind moving screens of different shapes and sizes, the show was a complex sensory experience. Shadowland was created by Shawn Banks, Robby Barnett, Renée Jaworski, Matt Kent, Itamar Kubovy, and Michael Tracy. David Poe performed, composed, and produced the music; Neil Peter Jampolis designed the lights; Neil Patel was the Scenic Designer; and Liz Prince designed the costumes. 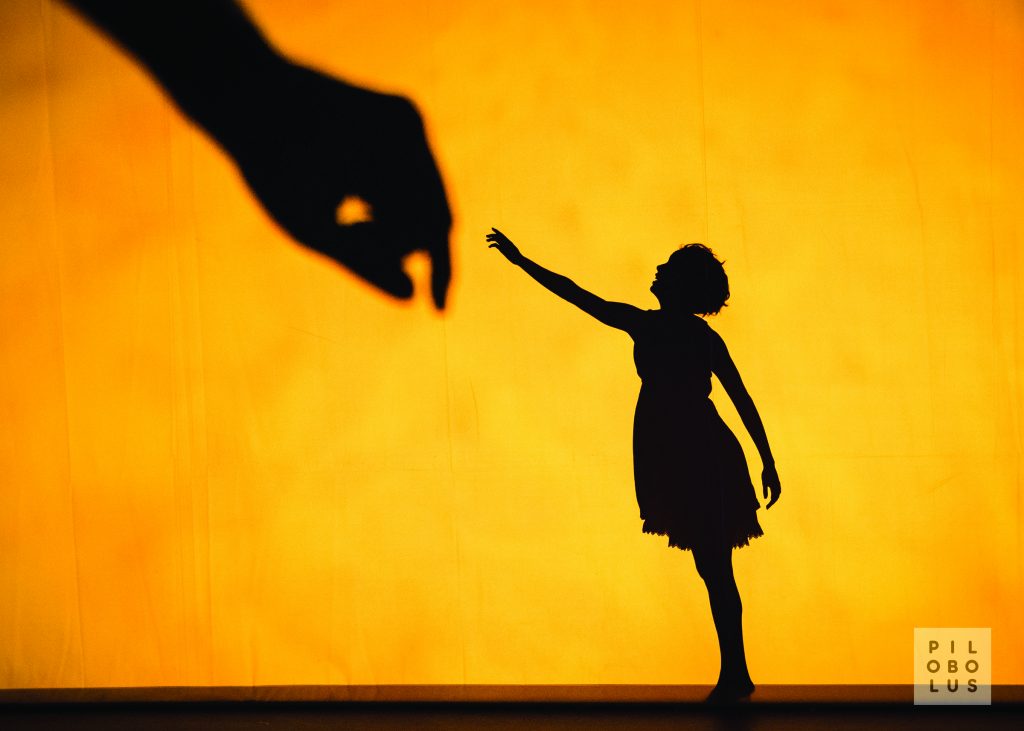 When I last saw Pilobolus perform, they presented a piece that also included silhouette work, but with one, smaller screen that was much easier to see behind. Though that piece was lovely and memorable, I found the visible behind-the-scenes work, which showed off multiple prop transfers, distracting. In Shadowland, the moments on the fringe of the screens were a nice addition to the pieces overall texture. The way that the prop transfers happened appears to have been thought through, and the performers made those transfers mindfully.

The opening image was stunning.  Costumes and scenic elements were hanging about, hanging by nearly invisible threads and floating just about the floor.  The performers – wearing what looked like undergarments – entered and began to interact with the items on stage. A few of the performers were spun and swooped up and into a costume!

Moments of transition between behind-the-screen and in-front-of-the-screen choreography were likewise enjoyable and added a lovely element of surprise to the piece. I regularly found myself wondering how the dancers achieved certain transitions and what the mechanics of the behind-the-screen movements were. The mental puzzle of it was fun. 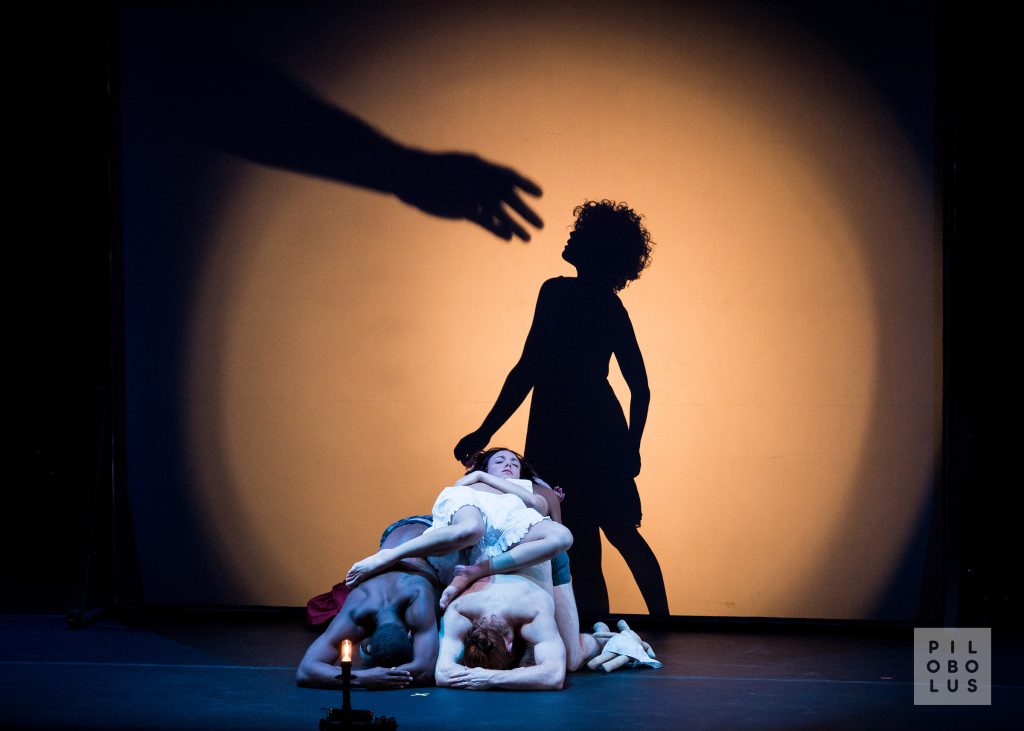 I wasn’t surprised by the dancers’ strength and skill – seamlessness and control are something I’ve come to expect from Pilobolus – but I was floored nonetheless. The partnering work and all of the lifts were exquisite.

However, some of the more violent images and sounds were unpleasantly jarring. A young audience member next to me (maybe she was 4 years old?) ended up on her mother’s lap. At times, the dancers were nude. The nudity seemed peripheral to the beauty of their bodies’ movements and so did not have much impact. Beyond highlighting the beauty and athleticism of the performers’ bodies, I saw no choreographic, narrative, or other aesthetic elements that made it clearly and artistically necessary to have these dances performed in the nude. True, there was a hint at sexual awakening in a silhouette section that preceded the nude dance section, but the shift to nudity in front of the screen, followed by a quick shift back to being clothed, didn’t have a strong link to that moment in the storytelling arc or the choreography’s composition. 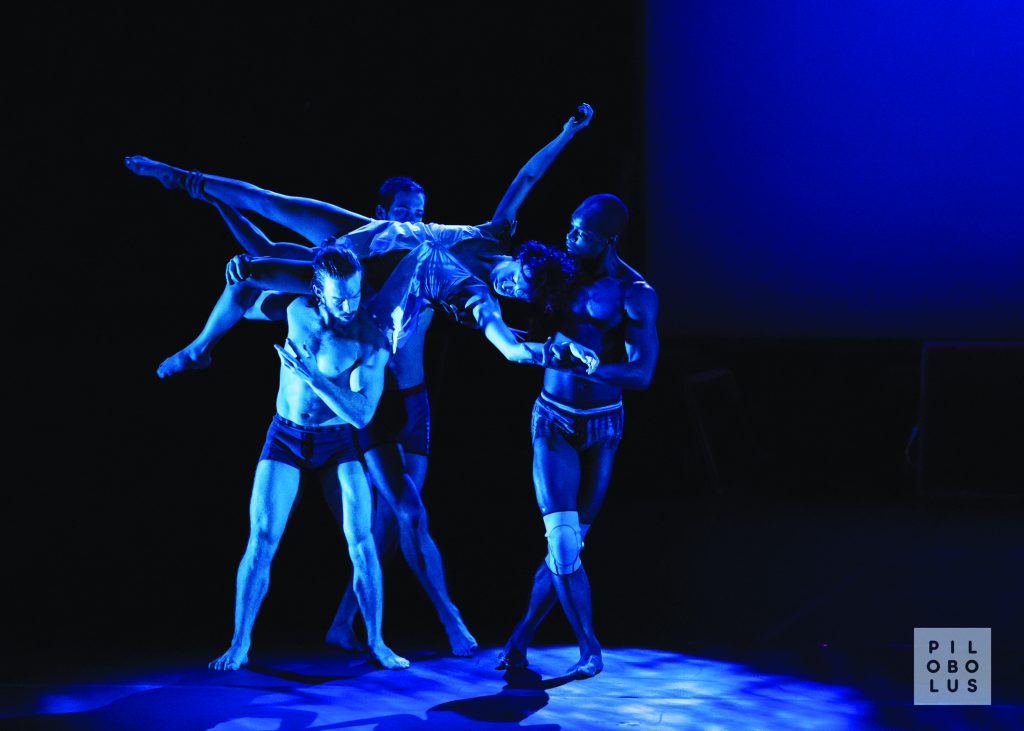 What was Shadowland about? I’m not sure. Maybe, coming-of-age as an adolescent? Accepting oneself? Realizing one’s own destiny? Standing up to one’s demons? Finding God? Generally, not grasping a central message from a work of art doesn’t always matter to me if I get something else out of it. But, in this case, it seemed like the creators were intent on communicating a particular message. The experience left me curious and wondering: what was the message? And why was this composition their chosen form for communicating it? 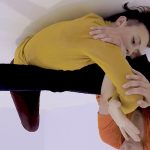 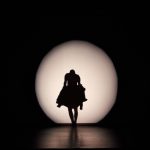